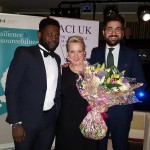 Alan Attwood RIP - June 2017 Alan Attwood, former ACI UK President and long-standing supporter of ACI Financial Markets Association, has died after a long illness. On behalf of ACI, we extend our deepest sympathies to his family at this time. Alan was a well known figure in the UK and wider FX community. His career began in the back office of